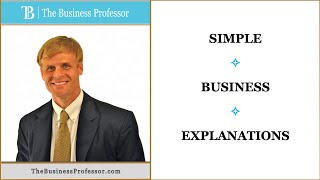 http://youtu.be/TTemH7_vZ7c   Back To: COMMERCIAL LAW: CONTRACTS, PAYMENTS, SECURITY INTERESTS, & BANKRUPTCY Novation Definition Novation is the term used for replacing an official contract with a new contract where every party involved agrees for the changes made. Novation takes place wher

Novation is the term used for replacing an official contract with a new contract where every party involved agrees for the changes made. Novation takes place where a completely new party substitutes or replaces one of the existing parties of the contract. During this replacement, the to-be-replaced party agrees to waive off any rights related to the contract. Novations usually take place at the time of selling a business and during corporate takeovers.

A Little More on What is Novation

The concept of novation is the same as that of an assignment. Assignment refers to the act of transferring a party’s interests in a firm or land to another party instead of making the transfer of the whole entity. During novation, both the prospective liabilities and privileges get transferred to the new party. However, assignments don’t involve the transfer of any privileges along, thereby keeping the rights with the initial property owner.

(Note: Novation, being a non-unilateral contract approach, allows all parties to make negotiations in the conditions of the agreement until all of the give consent to them).

An Example of Novation

Here is an instance to clarify the concept of novation. Mr. A owes Mr. B $300, and Mr. B owes Mr. C $300. With the help of novation, there can be a sense of simplification introduced in the amounts these three persons owe to each other. So, under novation, Mr. A can directly give $300 to Mr. C, and eliminate Mr. B from the entire picture. Also, novation can enable parties to reconsider payment terms provided all parties agree to the reconsidered terms and conditions.

Going further with the aforementioned example, Mr. C has also got the option to have a masterpiece from Mr. A that is also worth of almost $300. The property or masterpiece transferred in this case refers to novation and eliminates the cash liability involved.

Considering the property law, novation takes place when an occupant agrees for a lease contract where he or she takes the accountability of paying the rent, and incurring any expenses due to damages caused to the property, as per the lease agreement. Even the construction industry involves novation where there is a transfer of specific jobs from one contractor to another, provided the clients are fine with such transfer.

In terms of derivatives market, novation is an arrangement that enables bilateral transactions to take place through an intermediary, that is clearinghouse in this case. Instead of directly dealing with buyers, sellers make a transfer of securities to the clearinghouse that offers them to the buyers for sale. The clearinghouse relies on the assumption that there would be counterparty risk for one of the defaulting parties.

This approach makes the process easier for parties who cannot evaluate prospective counterparty for their goodwill. And, both the buyer and seller already accept the risk of insolvency of the clearinghouse. However, this is almost deemed to be impossible.